Dissenting Views blog by Joseph Green, May 10, 2017 When I was about eleven years old, I received a Leonard Maltin book as a gift: a thick paperback movie guide full of capsule reviews going from 1983 to The Birth of a Nation. I carried that thing around everywhere for a while, like a teddy Read more about TWO CHEERS FOR HOLLYWOOD[…] 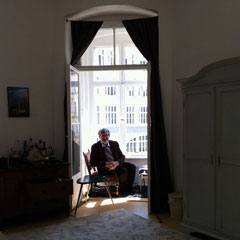 Hollywood Elsewhere, April 28, 2017, by Jeffrey Wells McBride’s Way From Joseph McBride‘s just-released “Two Cheers For Hollywood,” and more particularly an introductory essay titled “I Loved Movies, But . . . ”: “In recent decades we’ve had to deal with the generally awful state American mainstream movies have fallen into, and with the overall Read more about Hollywood Elsewhere, by Jeffrey Wells[…] 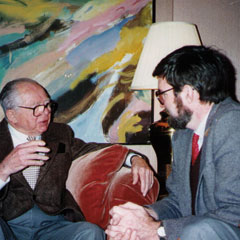 WELLESNET.COM ‘Two Cheers for Hollywood’ – Joseph McBride looks at classic filmmakers, stars April 25, 2017 By RAY KELLY Two Cheers for Hollywood: Joseph McBride on Movies  is the 19th book from the noted film historian and draws from some of his finest work of the past 50 years. Available exclusively through Amazon, the 695-page tome from Read more about Interview by Ray Kelly, Wellesnet[…]